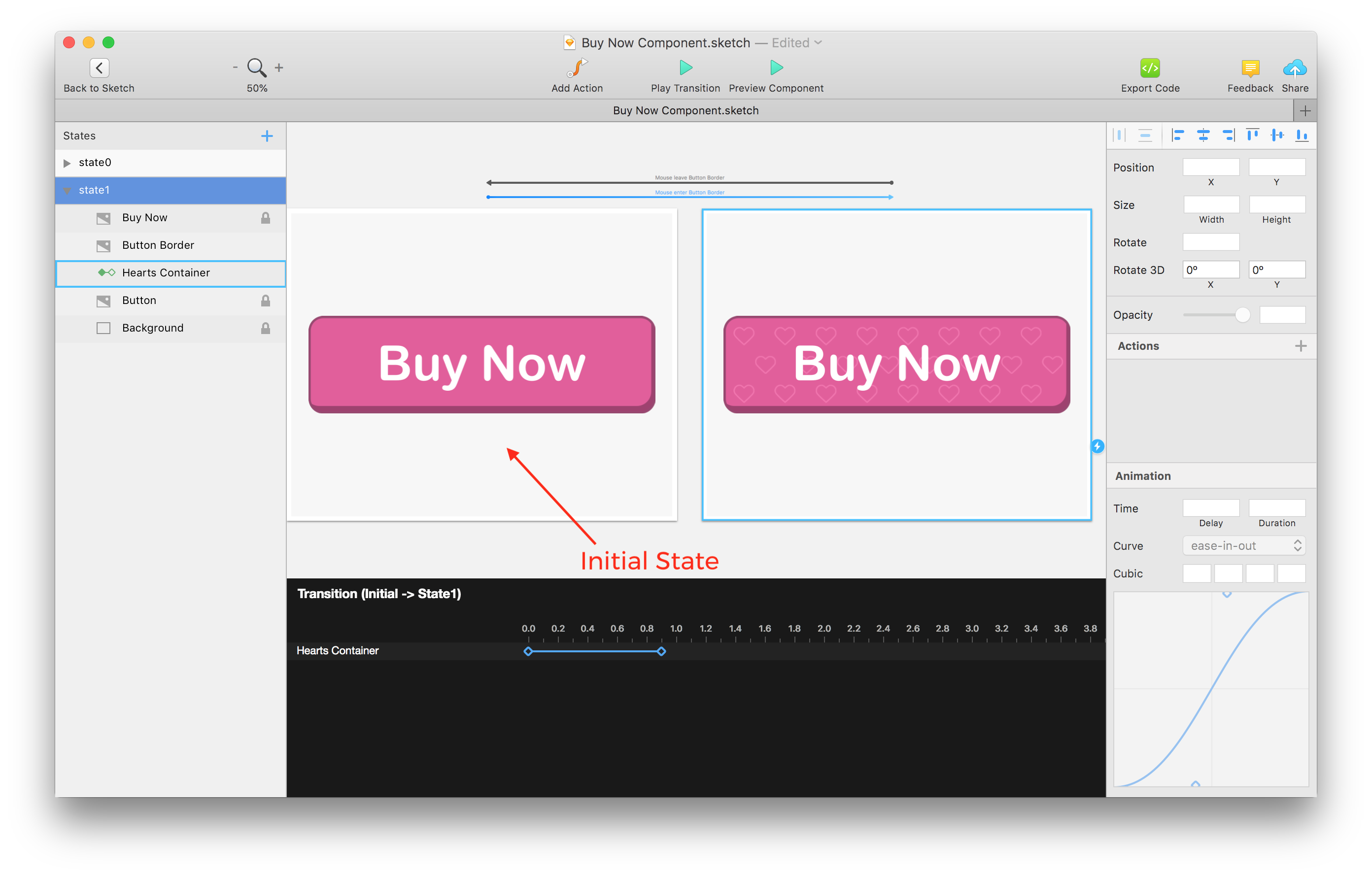 If we add an Action to the Button Layer in the initial state with the event ‘On Mouse Enter‘ and connect it to state1, then when the user hovers the mouse on the button, the component will perform a Transition to state1.